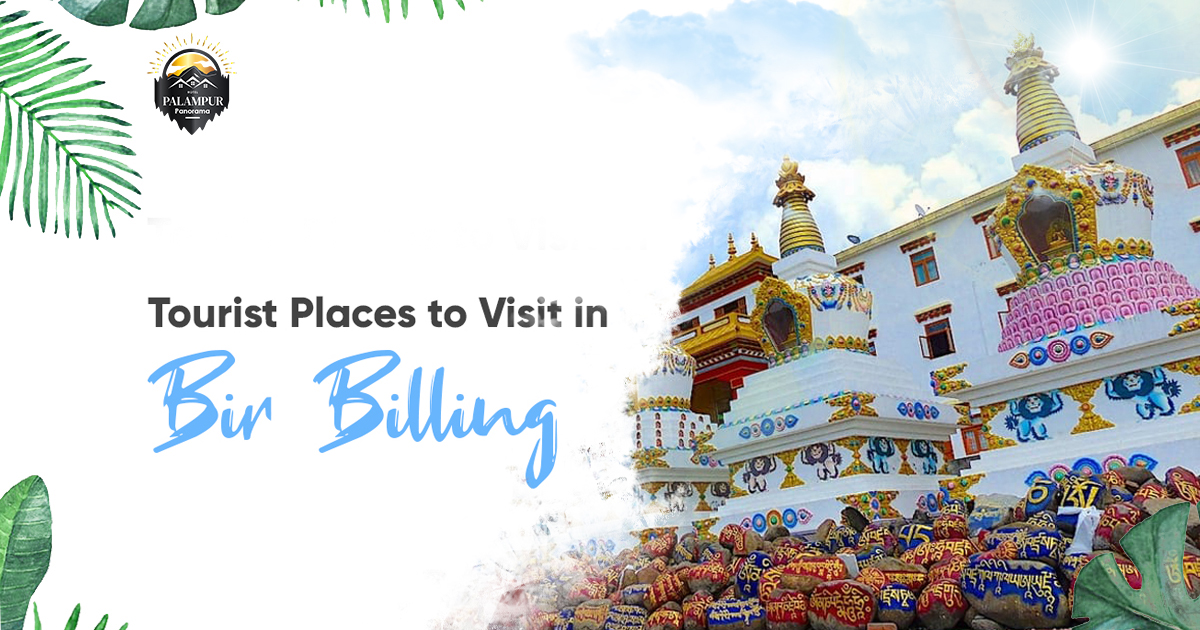 Bir Billing is one of the most beautiful villages found in the west of Joginder Nagar Valley in Himachal Pradesh. It is acclaim for services such as eco-tourism, spiritual studies, and meditation. Bir houses many Tibetan refugees with various Buddhist monasteries and a large stupa. It is acclaim as an adventure hub of activities such as amazing camping, exciting paragliding, trekking in wonderful tracks, and mountain biking. Bir Billing is primarily influenced by Tibetian culture. One can see extraordinary things such as temples and monasteries and authentic local traditions at this place. It has awe-inspiring cafes serving locals, Indians, and International cuisines that you can savor.

How to reach Bir Billing?

One can reach Bir Billing in the following ways such as –

By Air – One of the nearest airports to this place is Kangra Airport located at a distance of around 67 Km. From here one can take a cab or any other public transport to reach there.

By Road – There are many regular buses which operate daily. Bir Billing has very good road connectivity from various places. One can also take a cab or your vehicle to reach there.

By Train – There is no direct connectivity via rail network to this place. The nearest railway junction located near to this place is Pathankot railway junction, situated at a distance of around 112 Km. After de-boarding at the station, you will need to cover the remaining distance by some means of any public transportation.

Places to visit in Bir Billing

The Buddhist culture was entrenched here in the 12th century, but this monastery was built in 1917 by Tai Situ Panchen. Tai Situ was an admirer of Buddhism, and this monastery is built in memory of the Dalai Lama. Even today, monks are giving miraculous insight. As soon as you go there, you will feel that you have come to Tibet. This monastery was in the village named Bhattu, located at a distance of 5 Km from Bir Billing. You will also listen to the echo of divine mantras here in the morning and, evening.

This deer park institute is one of the famous tourist spots in Bir Billing that can be explored in about 30 minutes. This institute teaches Buddhist traditions as well as Indian philosophy, science, and the arts. This institute hosts events such as meditation, healing arts, philosophy, yoga, art, culture, and Buddhism sessions. These instructional sessions might run anything from a few days to several months. This educational center is built in the manner of a pagoda and symbolizes Tibetan culture. The walls of this institute are covered in Buddhist-themed murals and sculptures. Without visiting this location, a trip to Bir Billing would be incomplete.

Bir Tea Factory is also acknowledged as Bir Tea Gardens, or Chaugan Tea Gardens, and is located in the central area of Bir Bazar. Various kinds of tea grow in this tea garden. It is also acclaim for its organic tea plantation. Most tourists visit this tea packing factory to buy tea in large quantities and at a reasonable rate. The prices of this tea increase several folds, as soon as this tea comes in the market after packing.

As you hoof down the streets filled with peaceful folks envelop in red robes. You will witness Nyingma Monastery on the main market road opposite Hotel Surya Classic. Apart from getting fascinated by the intricate architecture and harmonious energies, you will come across young monks walking back and forth in the verandas with scriptures in their nascent palms, learning the philosophical lessons of life.

Also Read: Things to do in Dharamshala

Baijnath town falls on the way about 12 Km before Bir Billing. This ancient temple located in this town is said to be built in 1204 AD and is dedicated to Lord Shiva (Baijnath). You can take a short break while going to this temple, either going to Bir Billing or returning from there after visiting this temple.

Tsering Jong Monastery is one of the most beloved monasteries in Bir Billing. This monastery was constructed by Jigme Lingpa in 1762. At this monastery, you will see so many sculptures of Buddhist culture everywhere. There is a lot of peace on the premises of this monastery. One can see many Buddhist monks here, and one can feel lots of positive energies by coming here.

If you want to see the sunset from the finest vantage point available? The sunset point is just that at Bir Billing. This point is well acclaimed for the breathtaking vistas it provides to visitors and residents after nightfall. Every evening, the locals and visitors alike go to this location to see the elegant sunset. This landing site is also home to several cafes and restaurants, making it one of the most interesting sites to visit in Bir Billing. As the name signifies, Paraglider pilots utilize this landing place as the official landing site, and so one may enjoy sights of Paragliders elegantly falling here.

These are some of the top places to visit in Bir Billing. Bir Billing is one of the most beloved tourist places for its beautiful green fields and paragliding. Hope this information will benefit you during your trip.