Things to do in Himachal: A Complete Guide 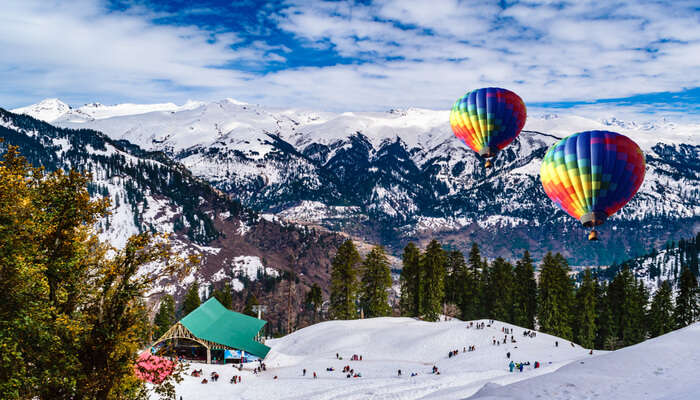 Himachal is an art to its accomplishment. The landscape of Himachal is adept with old traditions, Rocky Mountains, running streams, deep valleys, snow-clad mountains, UNESCO world heritage sites, and many more other things. Its distinct topography entices tourists all year round, both domestic as well as internationally. It is bliss for mountain monks, families, and honeymooners. Himachal Pradesh possesses calm and there is no place in this state that is not photogenic. Be it a small village or a crowded tourist hot spot, it has everything.

Kullu and Kinnaur have cliff-hangings, while on the other hand Dharamshala and Mcleodganj have many Tibetian monasteries, Gompas, and is home to Dalai Lama. Shimla, the capital city of the state has colonial-era churches and British railways. Kasol and Manali have annual festivals such as the Magica Festival which accumulate tourists from every nook of the country. Some of the other famous tourist attraction places of Himachal are Rohtang Pass, Mall Road, Manikaran Sahib (famous for Sikh Gurudwara), Jandrighat Palace in Dalhousie, colonial-era churches, temples, and dozen more other places.

With the background of breathtaking views of the majestic mountain ranges, sparkling rivers, and gorgeous landscapes, you can locate some things to enlist in to make your trip more exciting. The following are some of the best things to do in Himachal Pradesh during your trip such as –

One of the coolest things to do in Himachal Pradesh is to paraglide over the awesome landscapes that this state is blessed with. The experience of flying is very enchanting for the people searching their adrenaline rush. It is one of the most prominent adventure tourism activities that travelers engage in. In the past few years, paragliding has gained acclaim because of social media. People have been constantly posting their experiences of gliding above the mountains through videos on various social media platforms. This has culminated in the sudden increase in the number of people interested in trying out this sport.

The villages of Bir & Billing are world-famous sites for Paragliding. Many tour operators organize their paragliding activities from this site. The take-off site is in Bir and the landing site is in the billing village. Bir & Billing has gained significant acclaim because the World Paragliding Competition has been held here many times. Competitors from all over the world visit this site to complete the Paragliding trophy.

Camping is an activity that almost all tourists love to an acquaintance. What makes camping so exceptional in Himachal Pradesh is the fresh air and the scenic views as the background? Lying down with a clear view of the night sky and a bonfire to keep you warm can be a priceless experience for travelers hunting for peace and calm from the city life. Some of the most prominent camping destinations in Himachal Pradesh are Triund, Chandratal Lake, and Hampta Pass that deliver the best camping experience. There are many camping sites feasible around the Himalayan range where you can set up your tent. However, some places may require prior acknowledgment from the forest department. But most of the areas are accessible for camping and it is advised that you check the requirements before setting up camp.

Also Read: Your Little Guide to the Dharamshala Trip

Skiing is one of the prominent tourist activities that people engage in during the winter seasons. The state of Himachal Pradesh administers some of the best locations for Skiing enthusiasts. Both the beginner-level skiers as well as the professionals can encounter the ideal place to practice and participate in the Skiing events. Manali is one of the prominent destinations where international skiing events have been held. Some of the other prominent destinations to participate in this adventure sport are Narkanda, Rohtang Valley, Kufri, and Solang Valley.

River Rafting is an appealing sport that tourists participate in when they visiting Himachal Pradesh. The number of people engages in the sport of river rafting has been increasing every year. This has led to an increase in the number of tour operators Atonement River rafting packages. Among the young energetic travelers, river rafting is still one of the coolest things to do in Himachal Pradesh. Himachal Pradesh is full of waters rapids where this adventure sport can be accomplished. The enchanting experience of going through the wild flow of the rapids is something to remember. Some of the best places to endeavor river rafting facilities are Manali, Kullu, Dalhousie, and Lahaul.

Breathing in the fresh air of the Himalayan and the beauty that brings a sense of calm and peace is one of the most gratifying experiences you can have. Himachal Pradesh is one of the outstanding places to practice Yoga & Meditation because of its ideal environment. Himachal is full of places where you can schedule drop-in yoga classes or even do an internationally certified teacher training course. The medication and yoga centers can be initiate all over the state of Himachal Pradesh. The most popular among are – Tushita Medication Centre, Manalilyengar Yoga Retreat, Kayakalp Yoga Retreat, Osho Nisarga Centre for Medication, and Vipassana Meditation.

Himachal’s unmatched beauty cannot be accommodated through our mortal eyes, but experiencing the magnificence of this tourist destination might just get us closer to feel the magical essence of this holiday spot in India.

Also Read: Things to do in Himachal Pradesh: A Complete Travel Guide